Posted by woodsiegirl on December 23, 2015 in Uncategorized

In November I attended the first Relationship Management in HE Libraries conference, in lovely Stirling, Scotland. It’s been a little while since then, i know – a busy month at work means I haven’t had time to blog about it until now!

I tweeted pretty solidly throughout the conference, so if you’re interested in what was discussed I’ve created a Storify of my tweets and favourites from the conference. Rather than go through all the presentations, I thought I’d just pull out my key learning points and reflections from the day.

As well as attending, I also co-delivered a workshop alongside Penny Dunn (@Lady_PGD). Obviously I didn’t tweet through that, but I did vanity-search for tweets after our workshop, so I’ve Storyfied those as well if you want to know what we talked about! 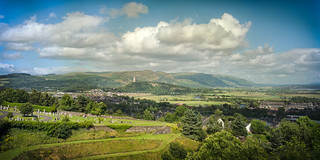 What is relationship management?

This was the first question of the day, and one I think we all struggled with – interesting as this was the title of the conference, so you might have assumed that most of us knew what it actually was! There was a lot of discussion around relationship management vs academic liaison. Is there a difference between the two roles? Are they just the same things described in different ways, or is there a tangible progression from one to the other?

We didn’t really come to a common consensus on this, but the discussion was illuminating. It was a good way to open up the conference, and encourage everyone to discuss and reflect on how they saw their roles in libraries.

This question was prompted by the excellent keynote from Ann-Marie Wyness, Customer Service manager at First Direct. (As an aside, I think it was a great idea to have a keynote speaker from outside of the library world – I’d love to see more library conferences do this.) Ann made the point early on in her talk that banking is boring – but so is electricity. There are services that everyone has to use, no one much cares about them, they all essentially do the same thing so they’re difficult to market and differentiate – but people notice straight away if they’re not working well.

There were a few comments on Twitter along the lines that there was a message for libraries here – similarly, we’re often seen as boring and our services are often misunderstood. However, the difference here is that banking is essential in a way that libraries just aren’t. It feels almost a betrayal to say this, but people don’t necessarily need libraries. To stick with the HE sector here (I feel like looking at other sectors from this angle would need a blog post to itself), a student could get all the way through their degree never having used the library, and still pass. They probably wouldn’t do very well, and may have ended up spending lots of money on books that they didn’t need to spend, but it could be done. (For that matter, they could probably get through their degree without attending lectures either – but that’s a bigger issue!)

There was a comment on Twitter that libraries are essential because information is essential, and libraries provide access to information, but I think that’s slightly missing the point. Yes, information is essential, but libraries are not the only provider of information. We’re certainly not the easiest or most convenient way to access information, at least from your typical undergraduate’s point of view! Is the answer to spend all our time and effort on convincing people who don’t see us as essential that we actually are? Or should we accept that there will be people who will never engage with us, and instead focus our efforts on the keen ones who want to come and use the library?

I don’t know the answer here, and I’m not sure there is an easy answer. It’s just food for thought.

Provide the data your users care about

One point that came up repeatedly was that many academic libraries are producing “action plans” for engagement with their schools/department. It seems that this is most successful where the plans are a collaborative effort with the schools, so the library can work with their academics to monitor and report on the kinds of metrics that they are actually interested in, rather than just providing whatever data the library has and hoping it’s relevant.

It probably seems an obvious point, but I hadn’t come across the idea of tailored action plans before (I am still new to the HE sector!) so I was really interested to see the approaches being taken here.

I really enjoyed this conference. Being new to HE libraries, it was great to go to a conference that was solely focused on relationship management in this sector, and to see what everyone else is working on. The atmosphere was great, and the conference as a whole was very well organised.

I did speak to a few people who expressed the opinion that there hadn’t really been many “new” approaches shared, and that lots of what was discussed were things that many libraries have been doing for a few years now. I can’t really comment as to how new any of the approaches were, as they were all new to me! However even if they weren’t especially new, I still think there’s value in sharing how different libraries are implementing similar approaches to shared problems.

The workshop that Penny and I ran went really well, and we’ve had some good follow-up from it too. I would definitely recommend this conference if/when it runs again.

One comment on “Relationship Management in HE Libraries conference: reflections”