Posted by woodsiegirl on December 7, 2009 in Uncategorized 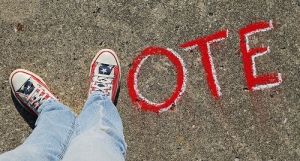 Now that I’ve got only two days left in which to decide whether I want to be a member of the Special Libraries Association or the Association for Strategic Knowledge Professionals, it’s probably about time I actually made up my bloody mind. Part of the reason I’ve put off voting for so long is that I’ve completely reversed direction on this almost daily since the proposed new name was announced. As Bethan noted recently, for a decision like this it’s not enough to know which way you’re voting; you need to know why. Bethan suggested imagining that the actual voting screen had a text box under the yes/no buttons, asking you to explain the reasons for your choice. If you can’t fill in that box, you’re not ready to vote.

I’ve had this blog post sitting in my drafts folder for weeks now, because I just couldn’t seem to fill in that imaginary box to my satisfaction. I’ve even toyed with the idea of just forgetting about it all and boycotting the vote, but that seems like a petty thing to do (and as my Dad always said – if you don’t have your say when you’ve got the chance, you can’t complain afterwards!). So, I think I’ve reached a decision – please bear with me while I try and wrangle some vaguely coherent explanation out of it…

I’ve already bashed out my initial reactions to the proposed new name, and my mind hasn’t really changed since I wrote that. I still think that “Special Libraries Association” is essentially meaningless; I’m still not 100% that “Association for Strategic Knowledge Professionals” is any more meaningful; and I still think that “ASKPro” is a terrible, terrible acronym (although, since the initial reaction we have been repeatedly reminded that the vote is for the name, not the acronym, which I doubt will end up being used).

What I keep coming back to though is this: simply, it is time for a change. Much as I love the L-word, it does have unfortunately outdated connotations hanging around it. Maybe “Association for Strategic Knowledge Professionals” will require as much explanation to non-members and non-information professionals as SLA did, but at least they won’t have to work their way past a set of inaccurate assumptions to begin with. ASKP is a blank slate.

I also like the fact that it’s an inclusive name. One of the commenters on my original post, a public librarian, pointed out that “ASKPro…sounds like an association for any librarian to join” – which they intended as a negative point, but I actually think is really positive. The commenter suggested that the name coudn’t be applied purely to special libraries – but one thing I picked up very quickly after first becoming involved with SLA in the summer was that “special libraries” covered a far broader spectrum than I had assumed. If the new name stops people from thinking “well I can’t join that association, it’s only for special librarians” – isn’t that a good thing?

So, I’m voting yes. I’m looking forward to seeing the results of the vote – it’s obviously caught people’s attentions, I’ve really enjoyed seeing all the commentary that’s sprung up around the web about this. To the polling station!